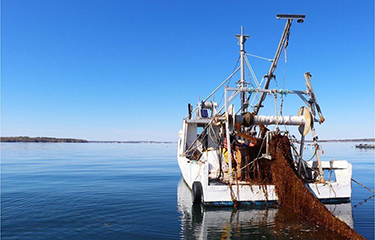 8/27/20 – “Atlantic Sea Farms, the first commercial seaweed farm in the United States, has produced more than 450,000 pounds of kelp this year, doubling its 2019 numbers. Since 2009, the company has aimed to diversify work options for Maine’s coastal communities and promoe the domestic growth of seaweed products over imported products – both missions that CEO Briana Warner believes has helped it navigate continued growth during the COVID-19 pandemic.”

8/19/20 – “The Maine Aquaculture Association will receive $64,885 in federal funds to help aquaculture producers create a plan for how to survive the pandemic. The money comes from the U.S. Department of Agriculture’s Rural Business Development Grant program. ‘This vital grant to the Maine Aquaculture Association is going to be used where it is needed most—assisting the Maine aquaculture businesses who provide our state with shellfish, finfish and sea vegetables,’ USDA Rural Development State Director Timothy Hobbs said in a news release.”

8/18/20 – “Where do Americans consume their seafood? Americans spent roughly $102 billion (€85.5 billion) on seafood in 2017, and 65 percent of that was spent in restaurants and other foodservice outlets, leaving many to conclude, incorrectly, that more seafood is sold in restaurants than at supermarkets and other retail outlets. The new study finally answers the question of where greater volumes of seafood are sold – retail or foodservice – and the winner is retail by a wide margin.” 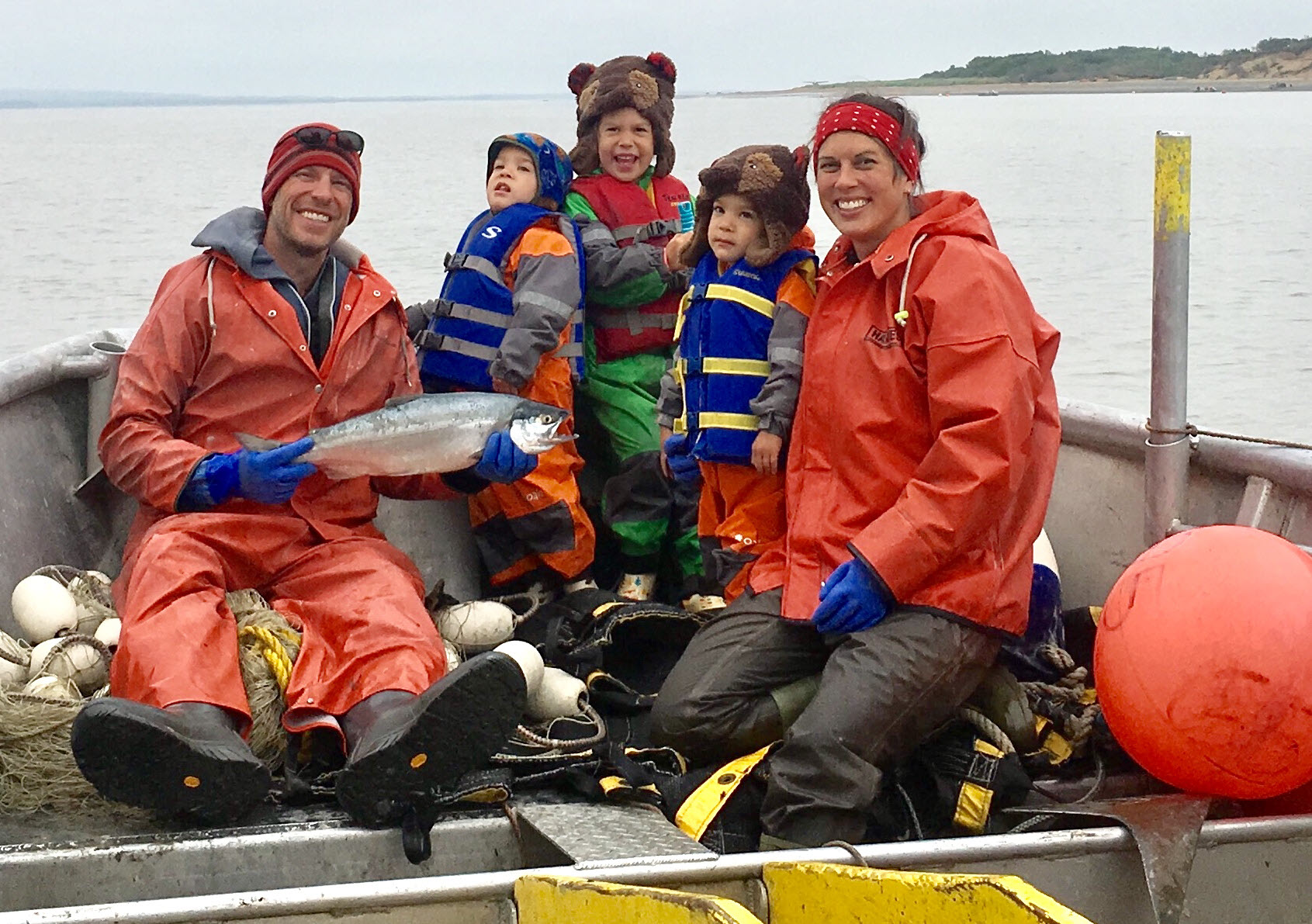 8/4/20 – “Seafood netted some historic firsts in the nation’s new dietary guidelines. [. . .] ‘This is by far the strongest they’ve come out for seafood in all of the U.S. dietary guidelines history, and at virtually every point in the lifecycle from babies to pregnant and lactating moms to adults. I was really amazed,’ said Dr. Tom Brenna, a professor of pediatrics, chemistry and nutrition at Dell Medical School at the University of Texas/Austin and at Cornell University. Along with taking a whole life approach for the first time, Brenna said the advisers also considered nutritional requirements for children under 2 years of age. ‘The general idea is that kids should be breastfed, that’s the recommendation to six months of age. And starting at six months when you’re introducing finger foods, solid foods, the recommendation is to include seafood right from the beginning,’ he said.” 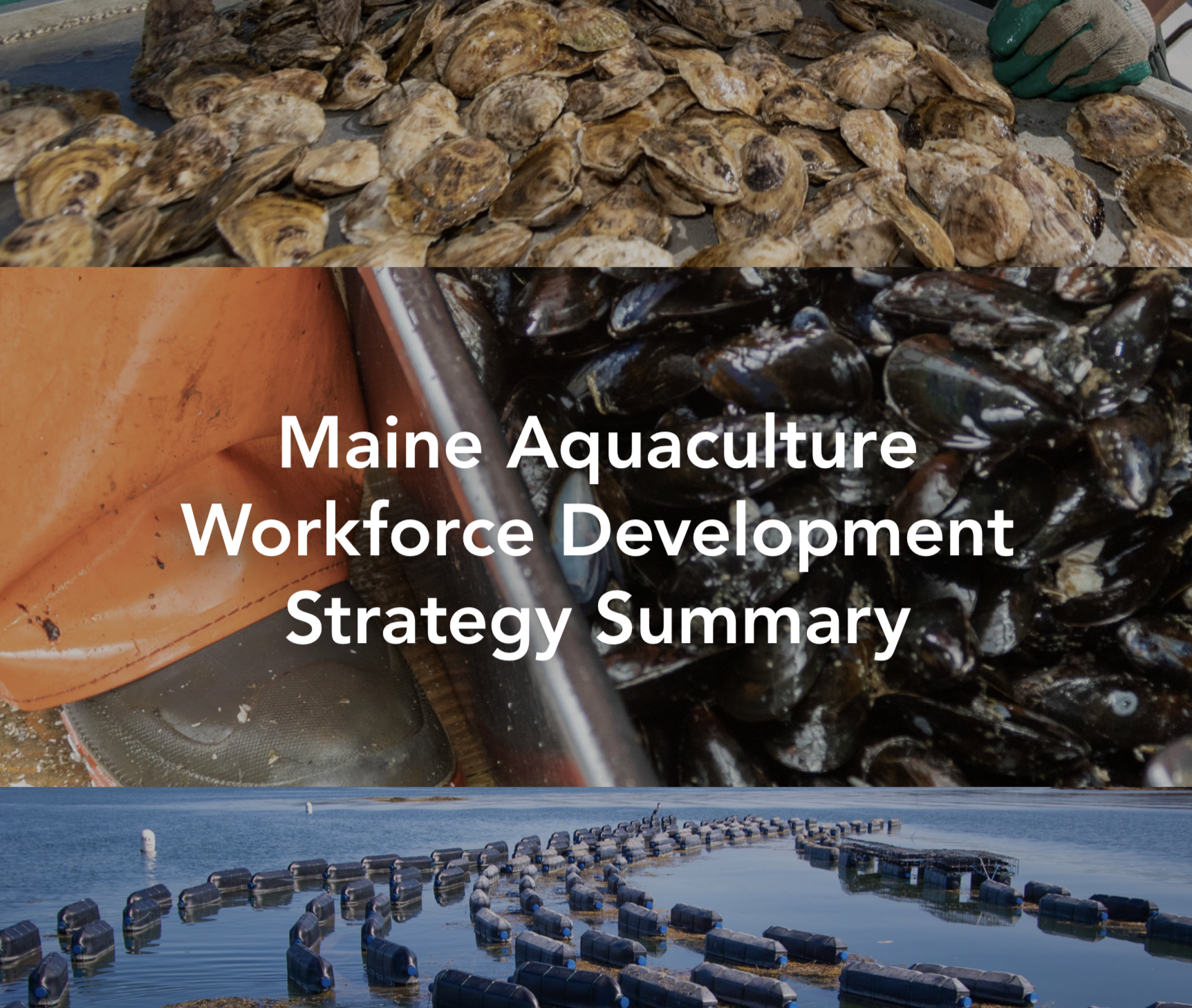 Aquaculture in Maine predicted to grow as industry seeks skilled-workers

7/30/20 – “A new study forecasts Maine’s aquaculture industry will grow, but the state needs more skilled-workers to sustain it. The Gulf of Maine Research Institute published a report in partnership with the Maine Aquaculture Association and Educate Maine, with support from FocusMaine to identify and plan for the future of aquaculture.” Click here to download the full workforce development report. 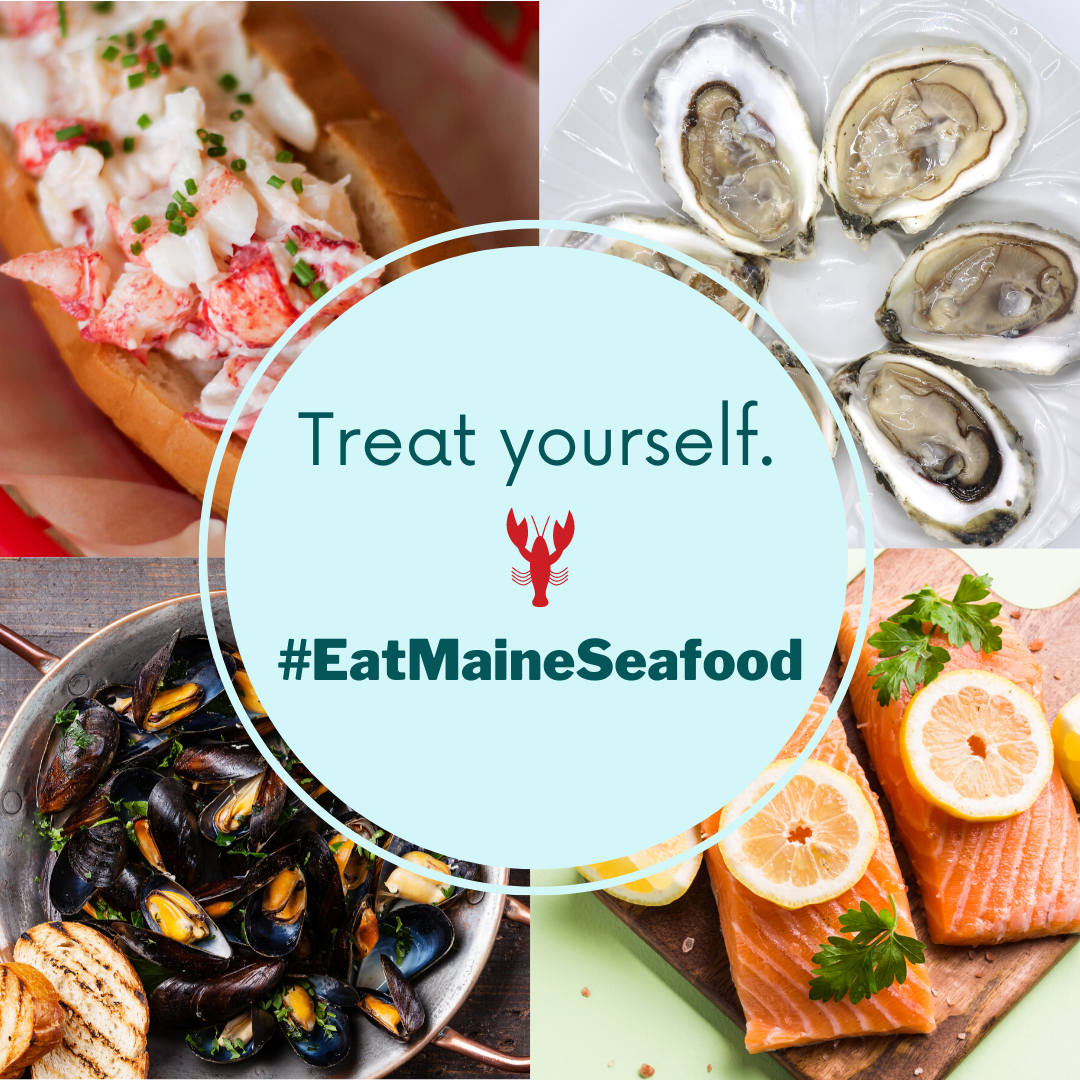 7/31/20 – “The Maine Aquaculture Association (MAA) and Maine Coast Fishermen’s Association (MCFA) are collaborating on an effort to encourage seafood businesses, industry organizations, restaurants, and consumers to utilize the hashtag #EatMaineSeafood across social media platforms. A hashtag is a word or phrase preceded by a hash sign (#), used on social media websites and applications to identify messages on a specific topic. It categorizes posts on social media like Twitter, Instagram, and LinkedIn. People can follow a hashtag to see all the posts that are sorted under that hashtag. A hashtag helps to elevate a common message, and its success can be measured via user-engagement.” 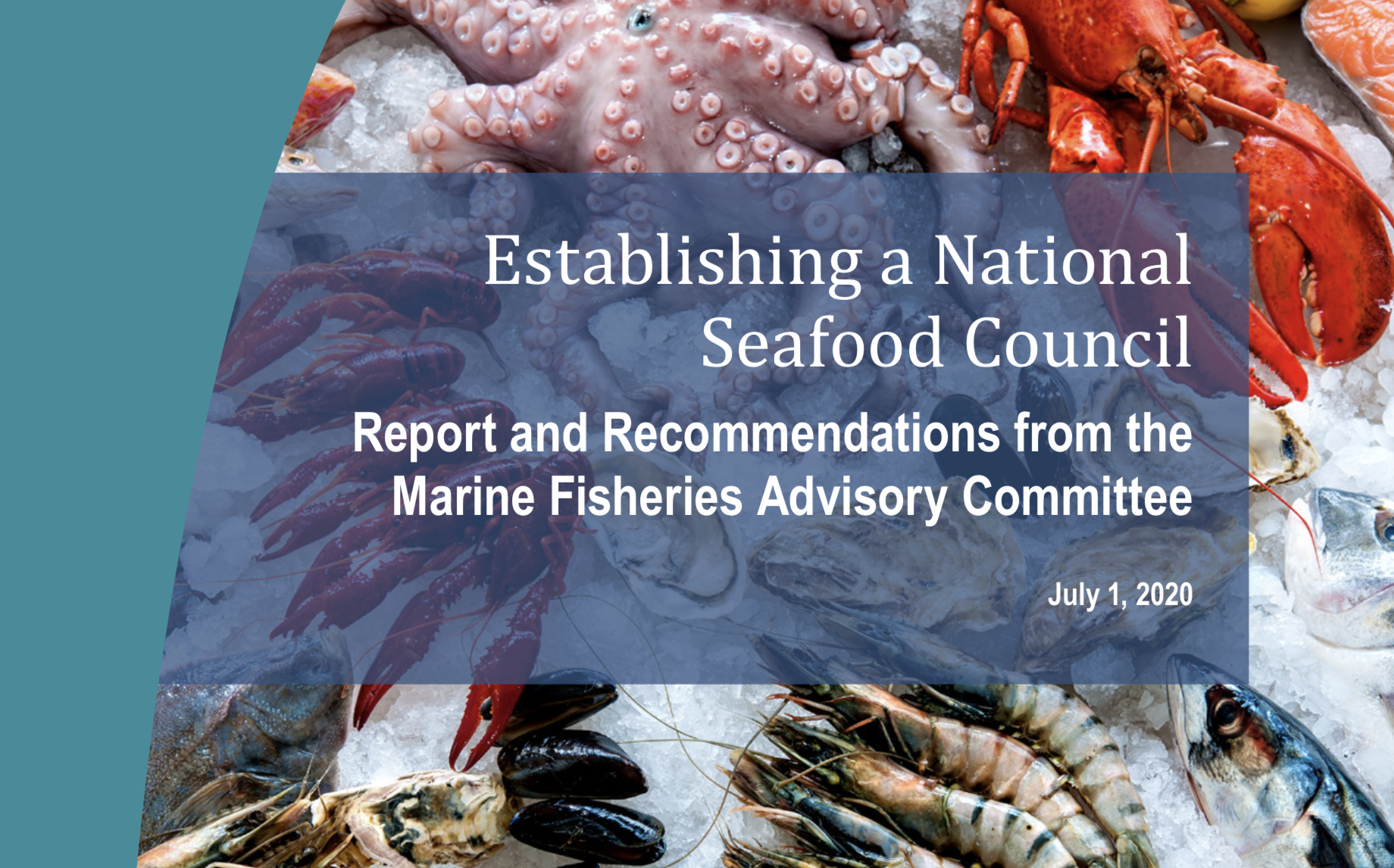 7/23/20 – The Maine Aquaculture Association welcomes the recent recommendations of the Marine Fisheries Advisory Committee (MAFAC) to the Secretary of Commerce to form a National Seafood Promotion Council.  After a year of stakeholder interviews and researching agricultural and other types of marketing and promotional efforts, MAFAC issued its findings in a report titled, Establishing A National Seafood Promotion Council. Read the full press release here. 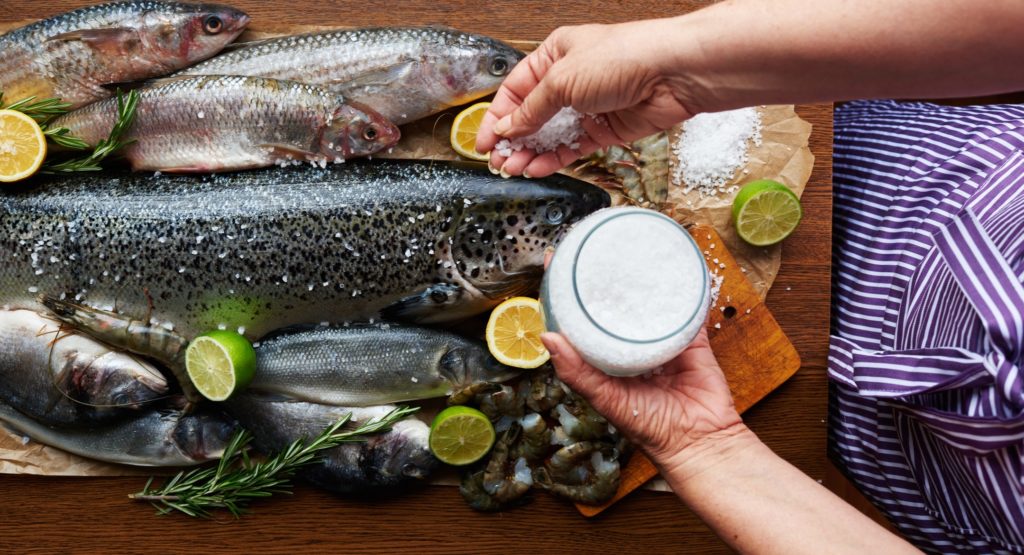 07/15/20 – “The federal government document used more often by US nutritional experts than any other to provide dietary guidance will advise women to eat eight to 12 ounces of seafood per week before and after pregnancy, if the US departments of Agriculture and Health and Human Services (HHS) follow the suggestions of its 20-person advisory panel.” 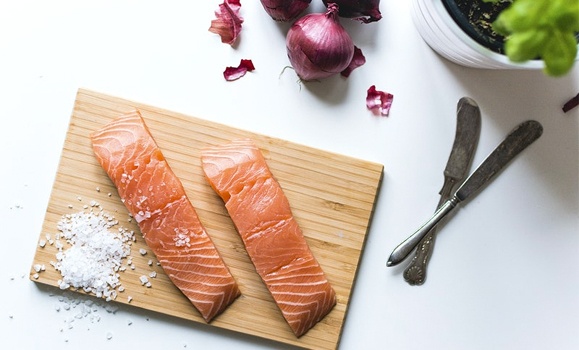 07/09/2020 – “Stefanie Colombo, an assistant professor of Aquaculture at Dalhousie University’s Agriculture Campus, wanted to shed some light on the murky area by exploring the nutritional differences between salmon [ . . . ] Dr. Colombo found that the more expensive wild Sockeye, which can be $31.50/lb, and wild Chinook had the most nutrient-dense and highest omega-3 content. But she also discovered that farmed Atlantic salmon, which costs about $12.50/lb, had the lowest mercury content, had a high nutrient density, is more affordable and available on both of Canada’s coasts.” 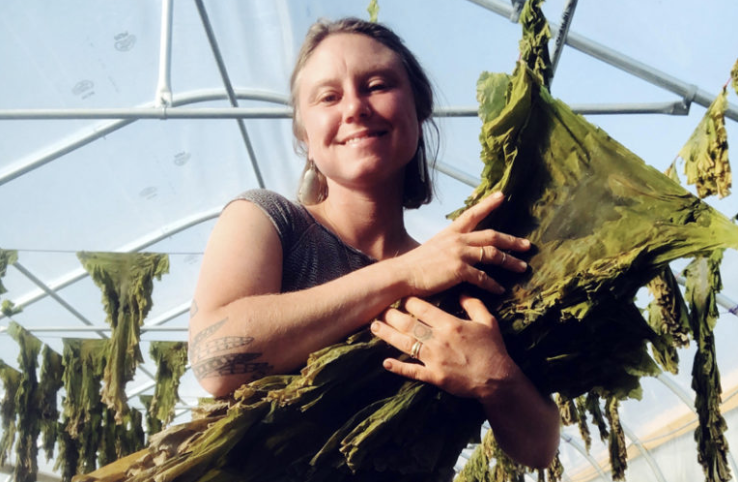 6/23/20 – “A Bremen farmer recently harvested her first crop of sugar kelp, which she describes as nutritious, tasty, and good for the environment, from her new aquaculture operation in Muscongus Bay. Cold Moon Sea Farm grows and harvests sugar kelp at a location 300 feet off Hog Island. Owner Sarah Wineberg Thorpe markets the product under the name Swell Seaweeds. ‘It is a species that is native to Maine and is fascinating in a lot of different ways. It grows in bays, coves, and harbors, and variations of the species look very different from one another,’ Wineberg Thorpe said.”