Read all about the exciting things happening in Maine’s dynamic, innovative aquaculture community. From land to sea, fin fish to shellfish and everything in between – check out industry news below and learn how Maine seafood producers are building a sustainable, resilient local food system with aquaculture. Press releases, FAQs, background information, and photo and video assets are available in our online press room here. 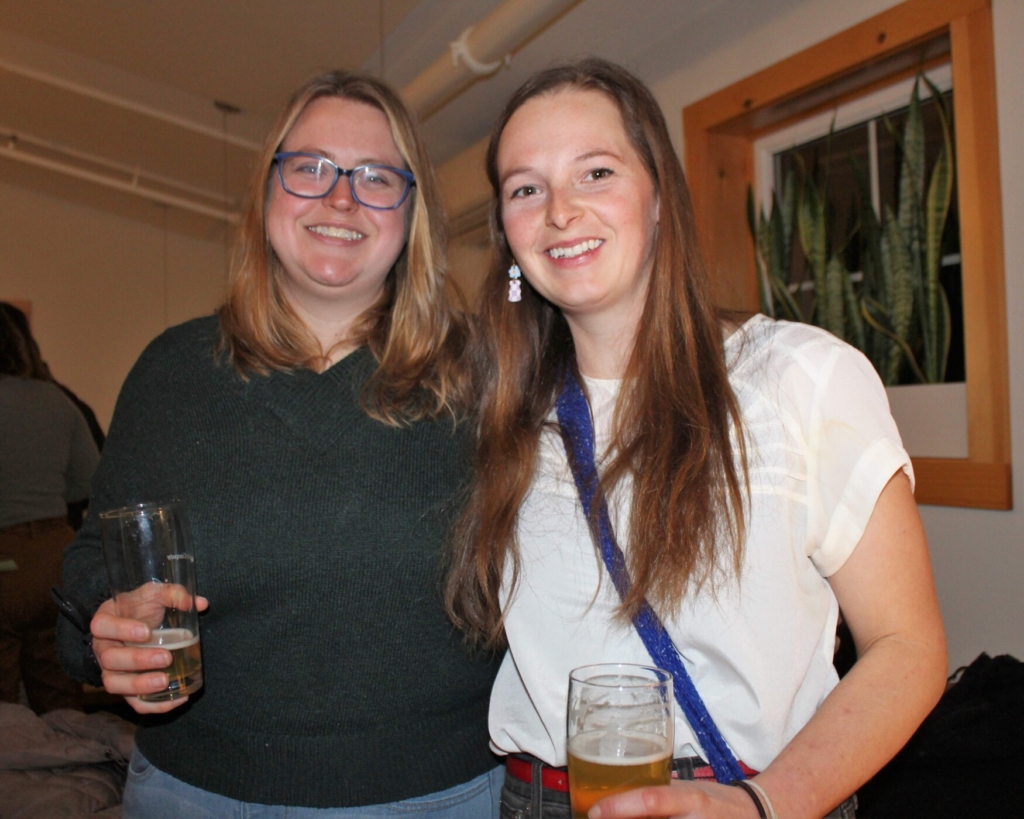 Portland Press Herald, 1/22/23 – “Dozens of Maine oyster, mussel and kelp farmers attended a Maine Aquaculture Association social Jan. 11 at Maine Beer Co. in Freeport for a couple hours of networking, beer and shuck-your-own oysters. The nonprofit Maine Aquaculture Association, established in 1978, is the nation’s oldest trade association of its kind. ‘But look at the average age of people here,’ said Executive Director Sebastian Belle. ‘They’re young.’ [. . .] These association events are a place to talk with other growers about pressing issues – like sea stars, or starfish, which prey on oysters. ‘I’m here to touch base other growers and talk with people about solutions,’ said Hillevi Jaegerman, farm manager at Wolf Neck Oyster Co. in Casco Bay.” The Fish Site, 1/13/23 – “Maine’s fishermen are facing numerous threats from climate change and changing ecosystems, and aquaculture offers a solution. The state’s wild fisheries have become very focused on the lobster industry, but farming sea scallops gives an opportunity to diversify the seafood harvesting business and increase resiliency for coastal communities built around seafood production. The scallop aquaculture community is unique to Maine and composed of a variety of people and organisations, including fishermen farmers, marine extension programmes, community development financial institutions and research and outreach foundations.” 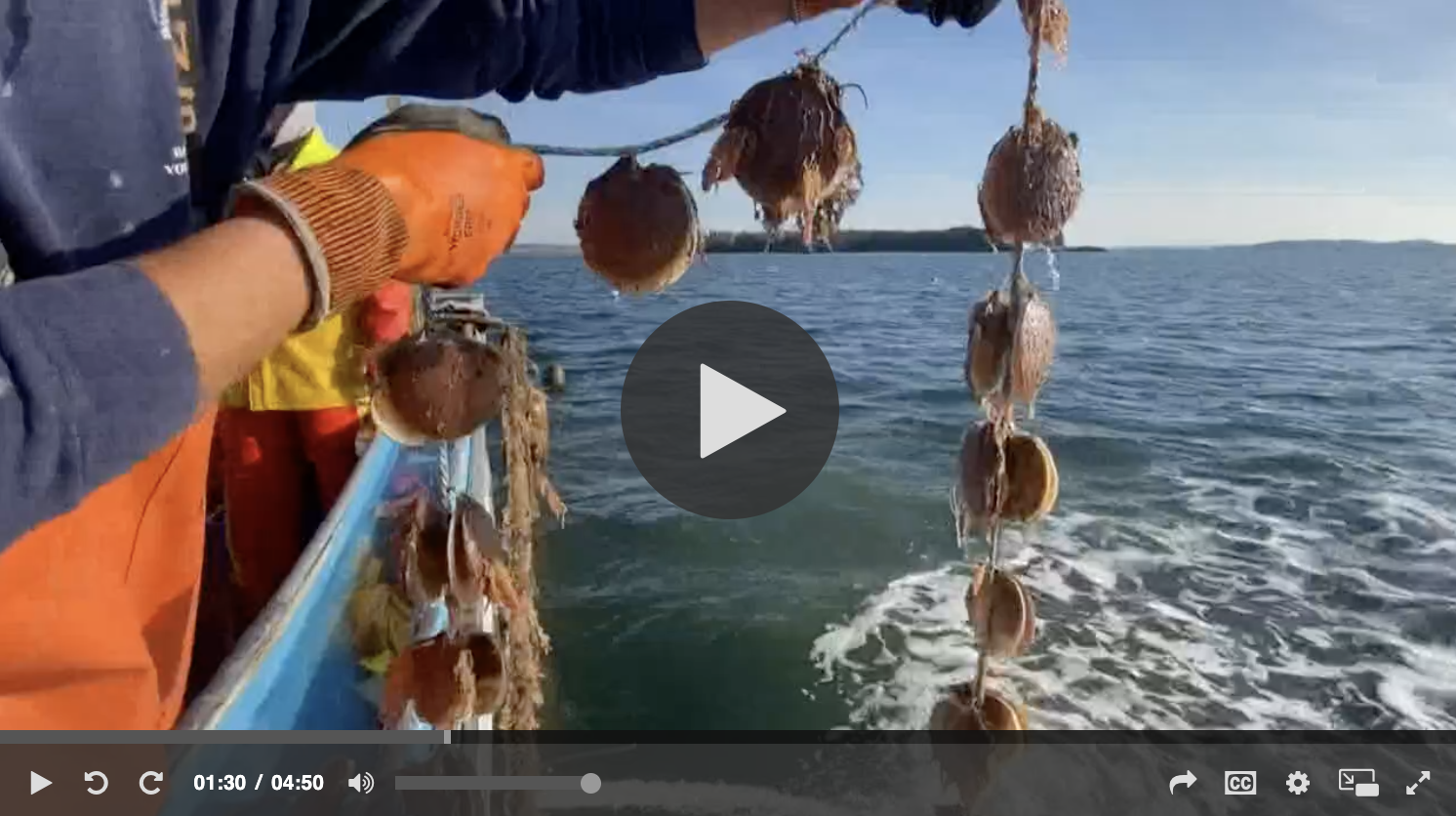 AS MAINE’S CLIMATE CONTINUES TO CHANGE, SO DOES ITS GROWING SCALLOP FARMING INDUSTRY

News Center Maine, 1/9/23 – “When you work on the water in Maine, the cold months make for hit-or-miss days. For Andrew Peters and his three-person crew, undocking from Buck’s Harbor Marina in Brooksville to tend to their scallops is a year-round venture. It takes about 45 minutes by boat to get to the scallop farm. Along the way, Peters’ crew counts and cleans small scallops. The ones he was monitoring in in December were about an inch or so and needed another two years to grow to market size. ‘All my life I wanted to work on the water and make a living working on the water, and when I was younger, I wanted to be a lobsterman,’ Peters said while steering the boat through inlets on Penobscot Bay.” 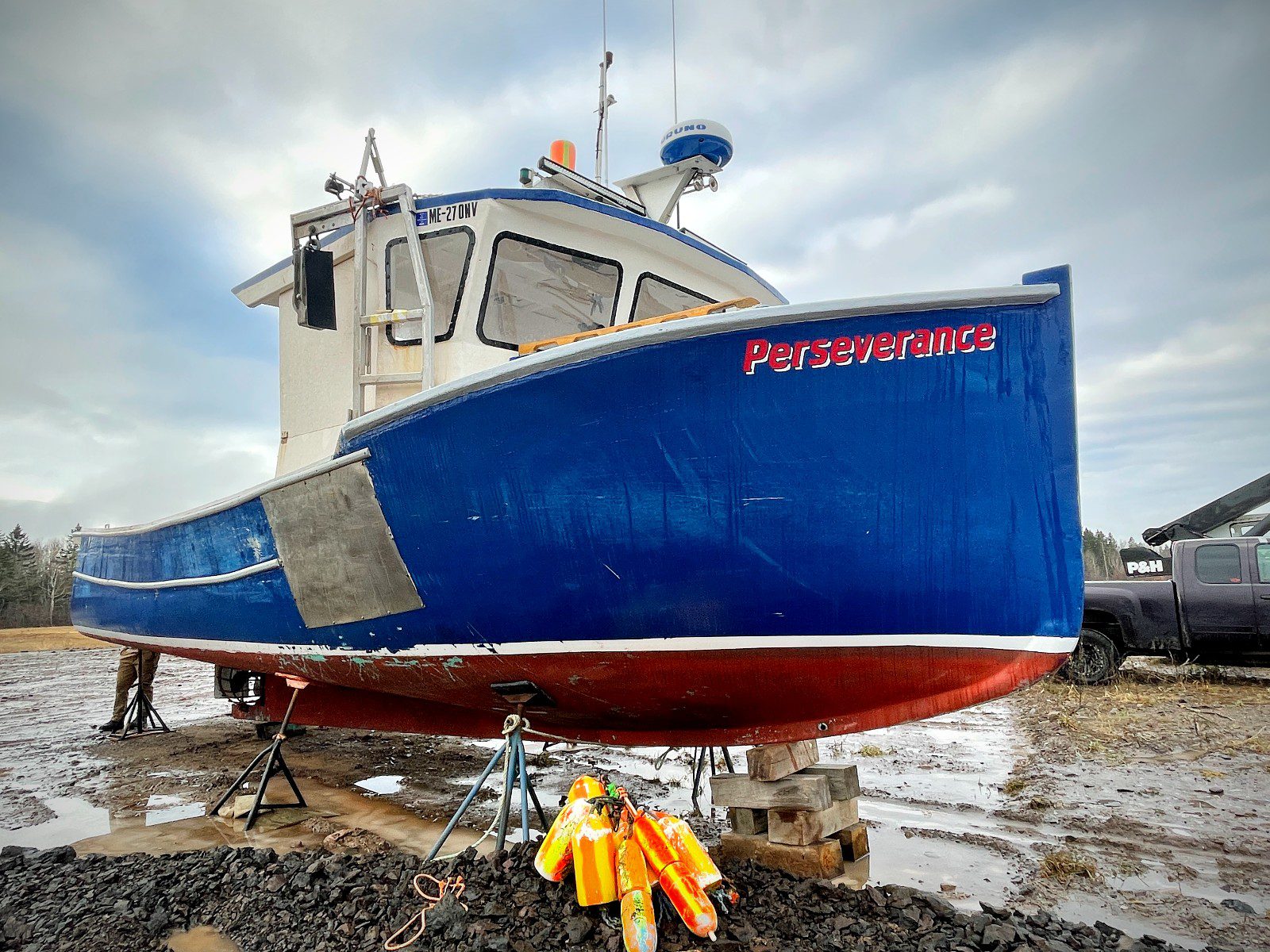 TOMORROW’S LOBSTERMAN, TODAY: A LOOK INTO THE FUTURE FROM EASTPORT

The Maine Monitor, 1/7/23 – “One day, when Elijah was a young teen working toward his lobster license, he watched a documentary about climate change. The film got him thinking about the future, and the potential of aquafarming. He soon enrolled in the Aquaculture Business Development program, and that led him down the Eastern seaboard and back to study various sea farming operations, from oysters to mussels, kelp, and scallops. Kelp caught Elijah’s attention first. He soon invested in some kelp-farming gear, bought some seeds and a limited-purpose aquaculture license, and launched a kelp farm, under the parent company Mainely Seaweed.” 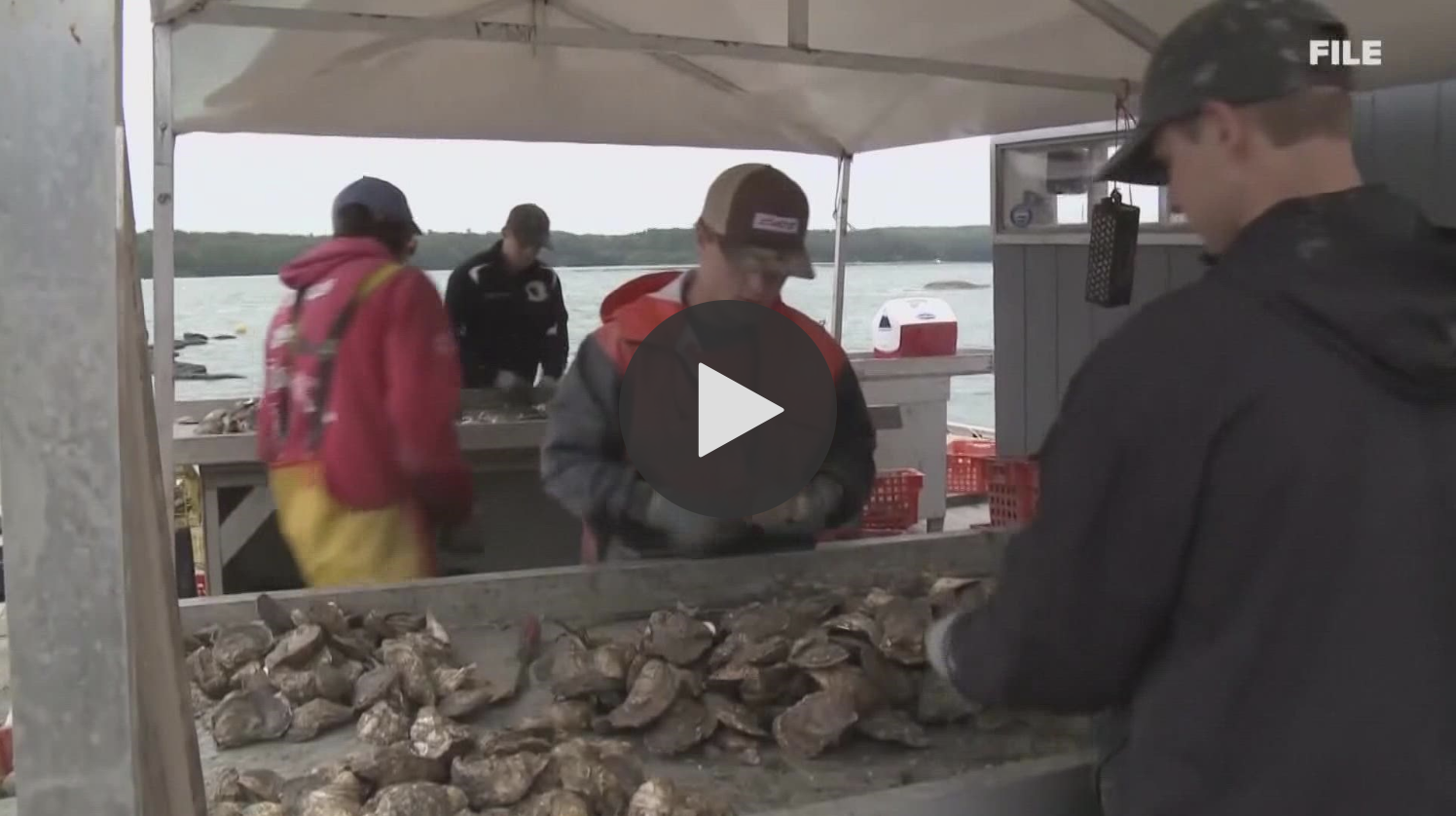 News Center Maine, 12/20/22 – “Aquaculture is a lot of dirty work with a little glamour at the end. Thomas Henninger covers the whole spectrum. He found oyster harvesting in his teens, and eventually founded Madeleine Point Oyster Farm on Maine’s southern coast. In June, he and business partner Ken Sparta opened Freeport Oyster Bar on prime real estate next door to L.L. Bean. He loves the animal and understands the following its gained in recent years in the northeast. ‘People are learning—more books, more articles, more things on TV,’ he said about coverage of the industry. ‘People are interested in oysters because they’re learning more about them.'” 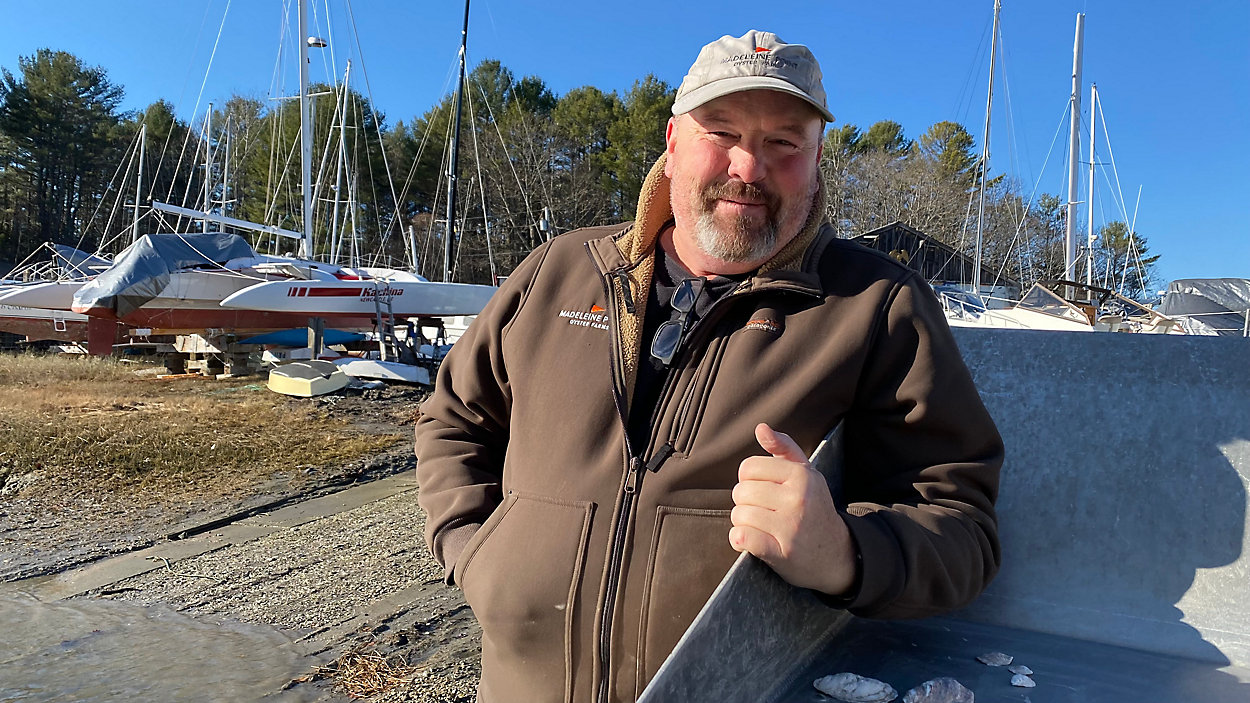 Spectrum News, 12/06/22 – “Thomas Henninger knows how to grow oysters. But when it came time to invest in new equipment that would make his business more efficient, he wasn’t sure where to start. That’s when the Maine Aquaculture Association stepped in to give him the support he needs to grow oysters and grow his business. ‘When I knew what capital I needed, I was terrified,’ Henninger said Monday as he stood on a dock at Sea Meadow Marine in Yarmouth. ‘I had to really learn how to tighten things up, have a real inventory and be able to make predictions about the future.'” 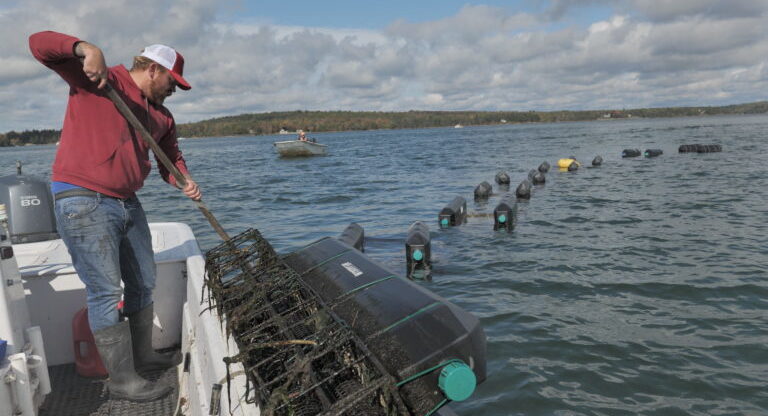 Undercurrent News, 11/30/22 – ” The Maine Aquaculture Association (MAA) announced this week that it’s one of 45 groups that will divvy up a combined $24 million in grant money from the US Department of Agriculture to help train beginning farmers and ranchers. MAA will get $91,000 for its project, ‘Leading Maine’s Beginning Aquaculture Farmers to a Sustainable Business Future’, according to the trade association.” 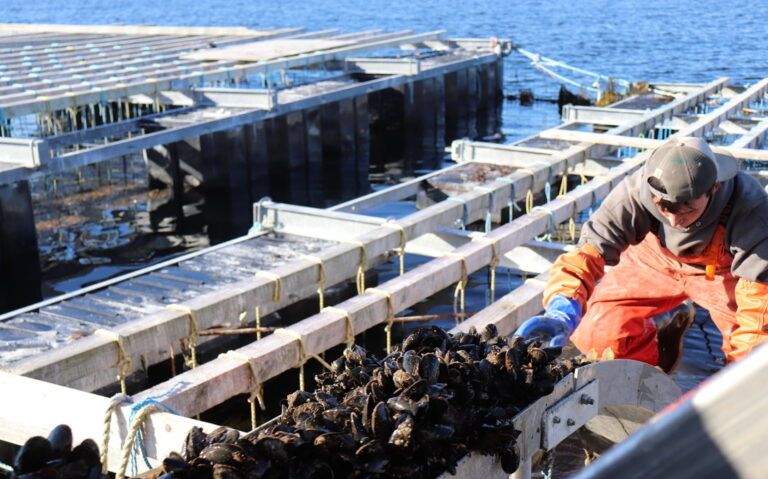 Mainebiz, 11/16/22 – “Maine aquaculture is among the most diverse sea farming sectors in the nation, producing more than 25 species of finfish, shellfish and sea vegetable — more than any other U.S. state, according to the Maine Aquaculture Association. In response to the growing industry, workforce development has become a primary focus for the aquaculture industry and, to that end, an apprenticeship program that is the first of its kind in the nation launched this week. The program was formed after the U.S. Department of Agriculture’s National Institute of Food and Agriculture awarded a $500,000 grant in January to Portland nonprofit Gulf of Maine Research Institute to develop various aquaculture workforce training programs.” 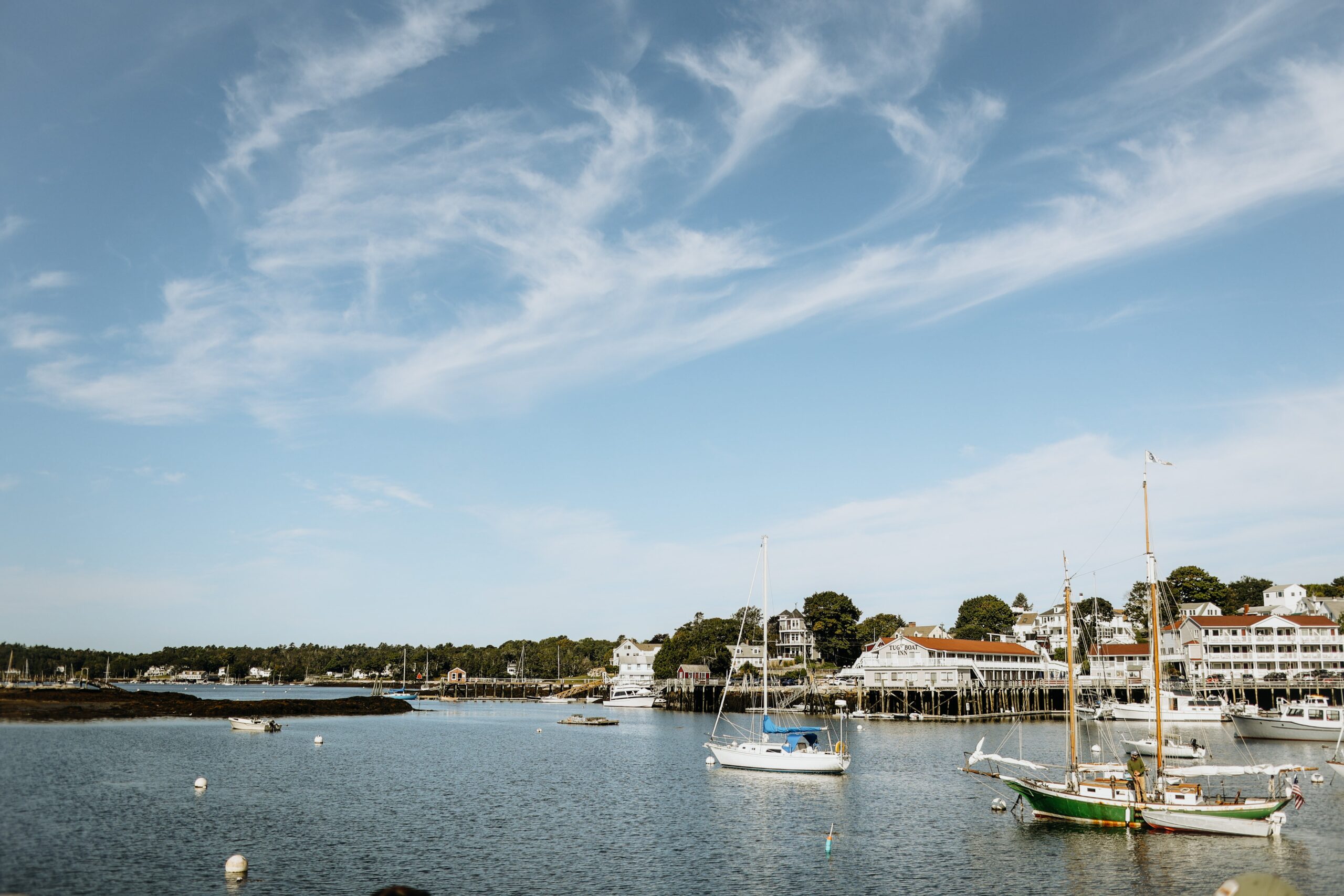 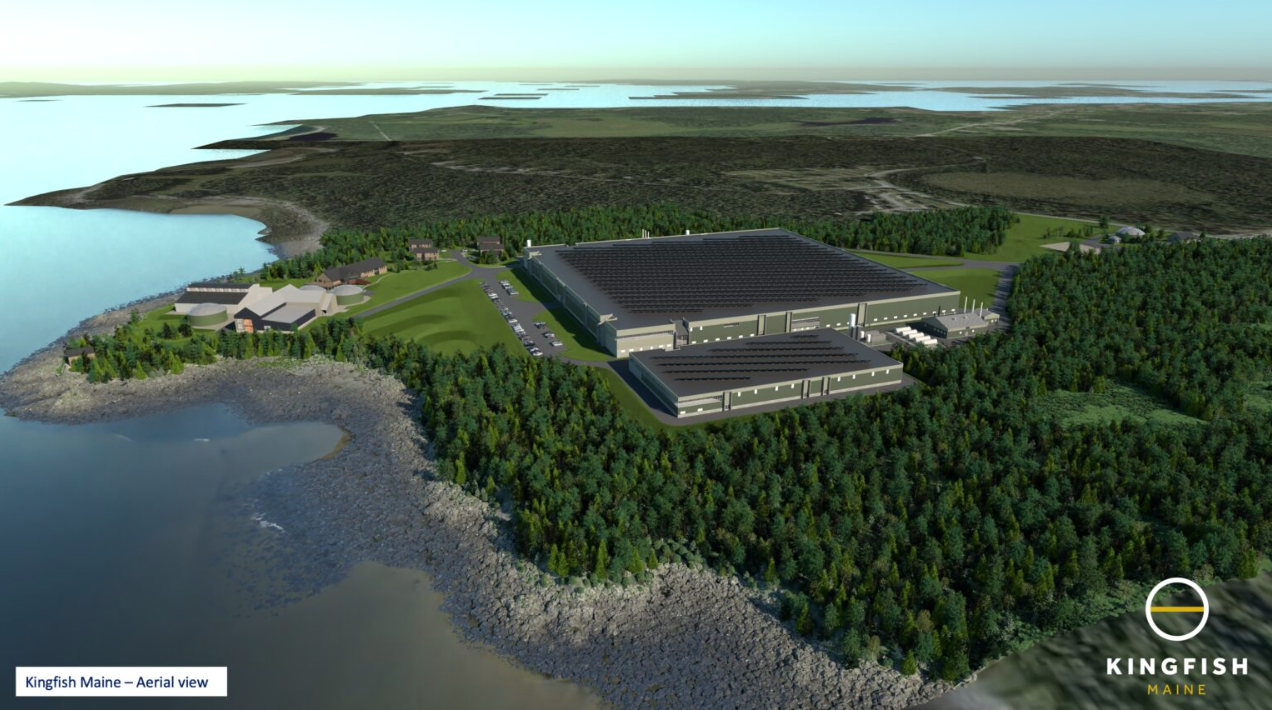 Fish Farmer Magazine, 10/24/22 – “In a significant move, the community of Jonesport, close to where the RAS (recirculating aquaculture systems) facility will be built has approved Kingfish Maine’s construction application. Kingfish said today: ‘With the Kingfish Maine project fully permitted by state and federal regulatory agencies, this local building permit is the final step required for Kingfish to begin pre-construction design and engineering on its new facility in the US. The town of Jonesport is now drafting its findings of fact and the Planning Board is expected to formally adopt and sign the building permit in early November.'” 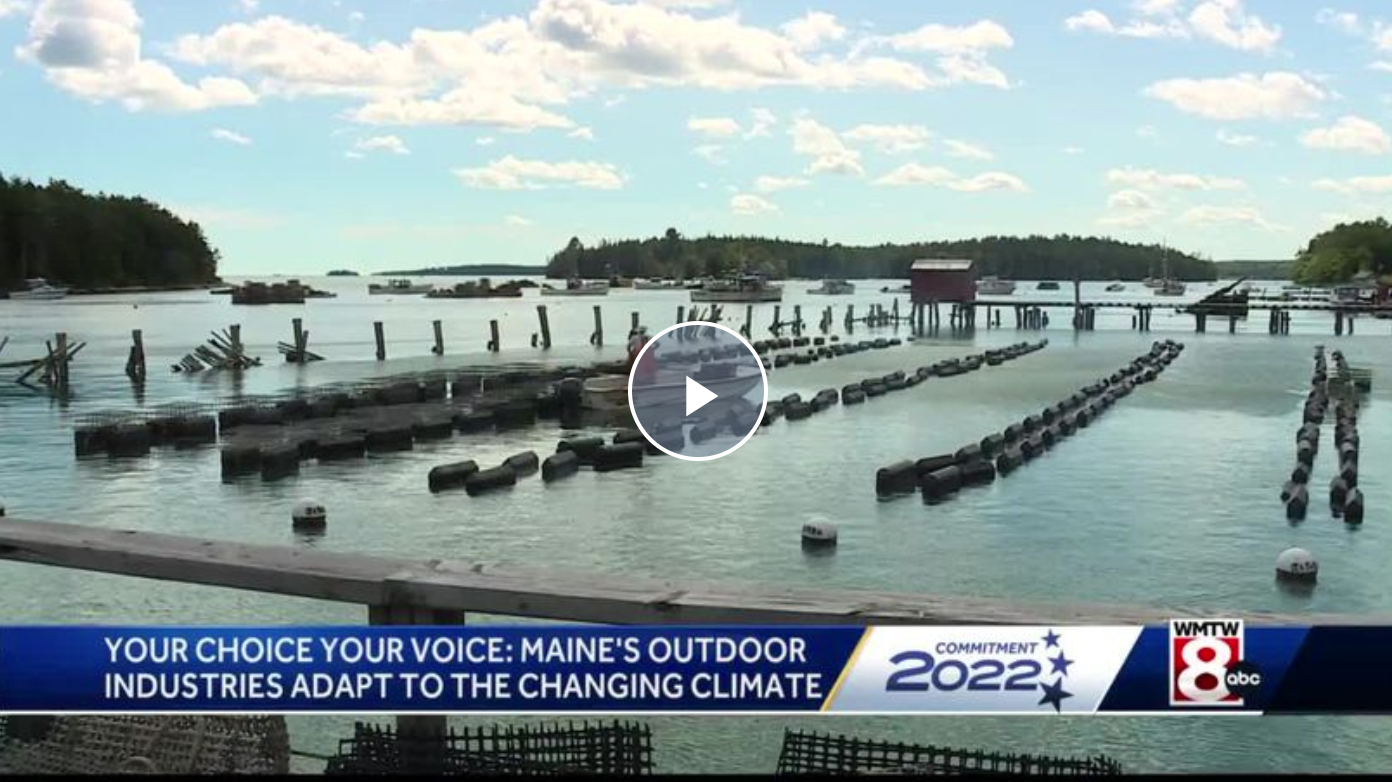 YOUR CHOICE, YOUR VOICE: MAINE’S ICONIC INDUSTRIES ARE FORCED TO ADAPT TO CLIMATE CHANGE

WMTW-8, 10/19/22 – “Lobster pounds were once a staple of Maine’s shellfish industry, but the pounds, which are used to store and breed lobsters, are now largely extinct due to warming waters. Working waterfronts like Community Shellfish in Bremen have converted lobster pounds into oyster farms, which are far more friendly to warm water. ‘We basically repurposed an obsolete asset to take advantage of global warming,’ said Boe Marsh, the owner of Community Shellfish. ‘I think we are hedging our bets and we are also getting into an industry that has real potential.’ 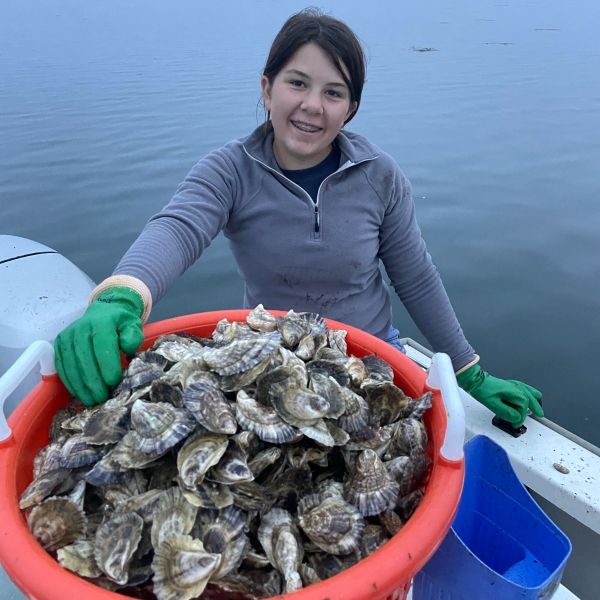 An Oyster Farmer Carrying on the Family Business

Civil Eats, 10/13/22 – “When she’s not doing schoolwork or playing field hockey, 15-year-old Gaby Zlotkowski can be found working with oysters: flipping cages, harvesting, shucking, and more. It’s not uncommon for teens to help with the family business, but the island town of Isleboro, Maine, about 100 miles northeast of Portland, is primarily lobster country. It’s all the more notable that Zlotkowski was a driving force not only behind her mom starting Isleboro Oyster Company, but is also now pursuing an oyster and kelp farm of her own. ‘Growing up on an island where there’s only really lobstering, I thought [the oyster farm] would be a really good opportunity for our family—and I’d get oysters whenever I wanted,’ Zlotkowski said.” 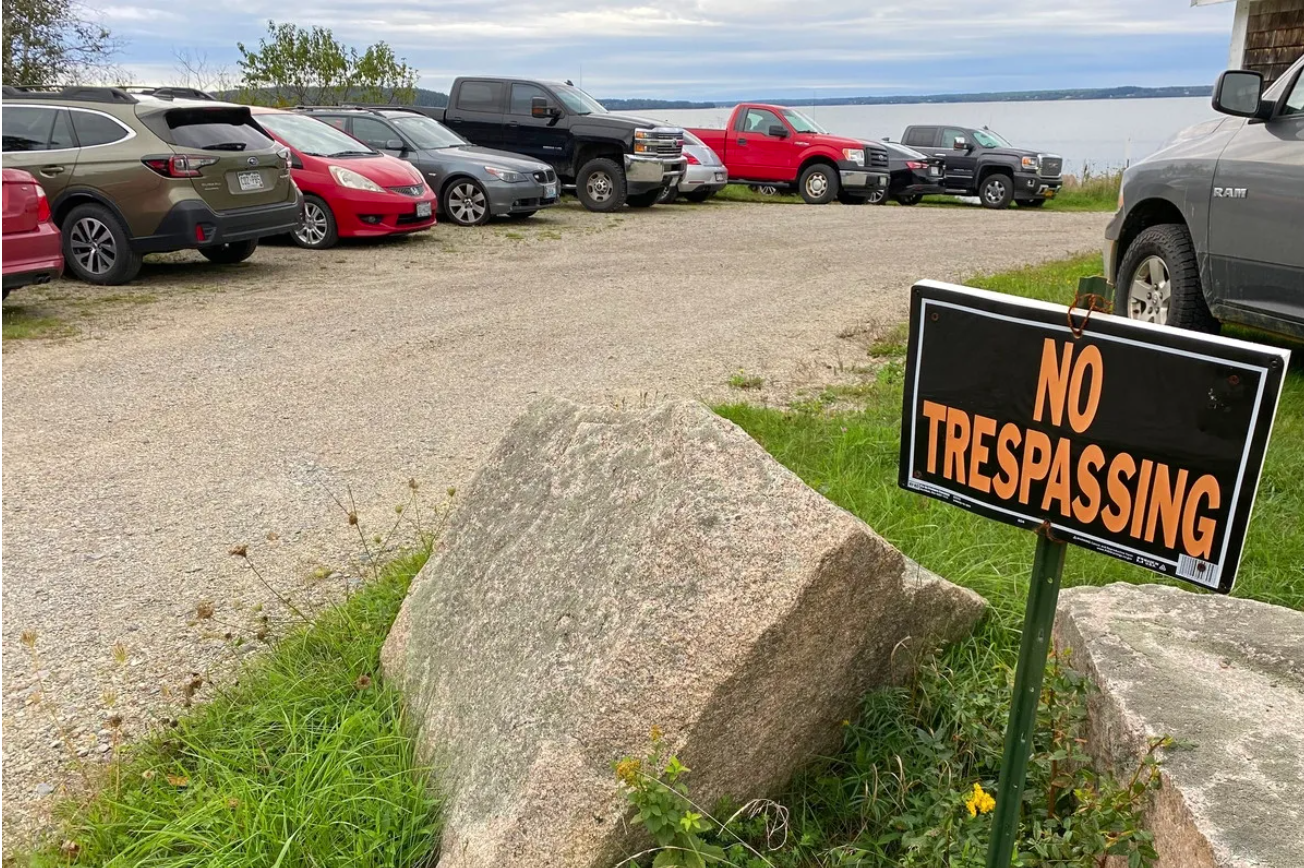 Bangor Daily News, 10/12/22 – “The relationship between the seasonal residents of Roque Island and Jonesport town officials has soured over the past several years — and a land-based fish farm proposal is making it worse. Through legal filings, the Roque Island Gardner Homestead Corporation has opposed financial and economic measures that Jonesport town officials have pursued or supported. It has appealed the island’s property tax bills, and also gone to court to keep seaweed harvesters off their shores. These decisions — and whether Kingfish Maine should be given approval for building a $110 million dollar fish farm in the town — have considerable economic implications for Jonesport and surrounding towns where good-paying jobs are in short supply.” 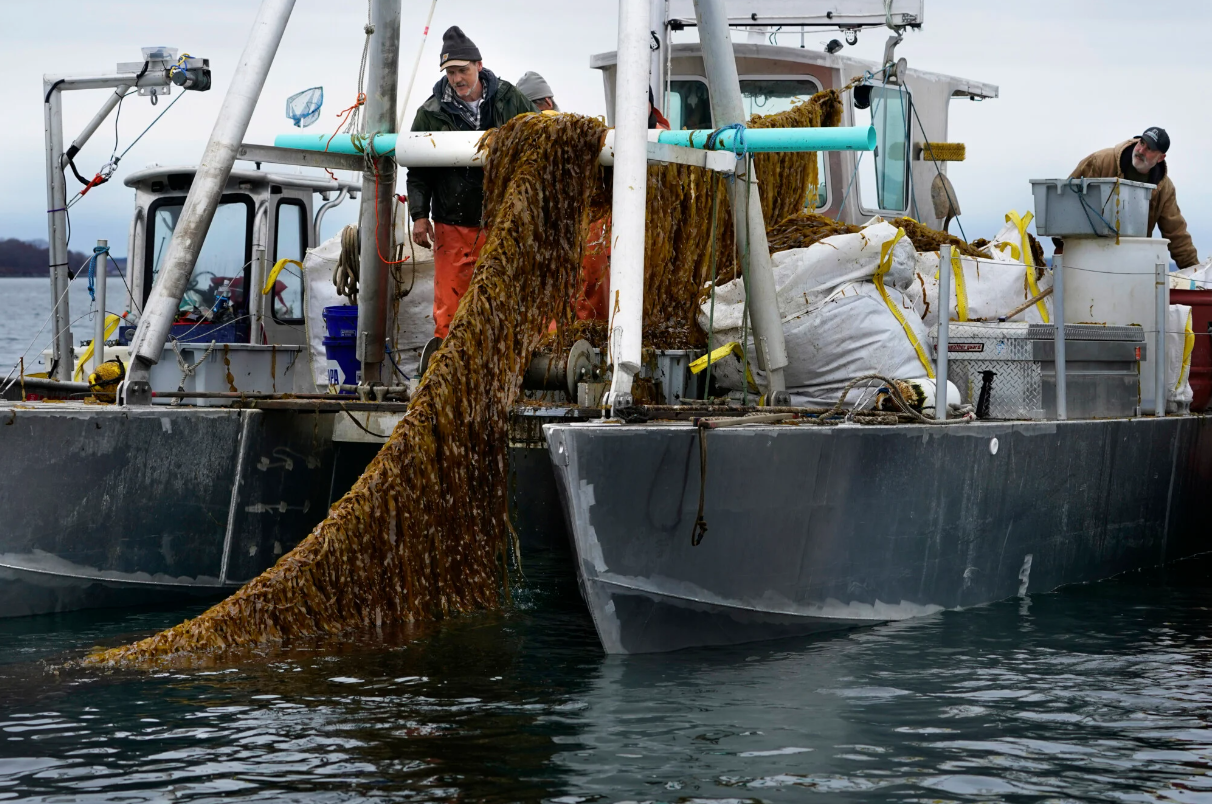 Portland Press Herald, 10/3/22 – “A 2017 benchmark study by the Maine Aquaculture Association found that only 1 in 6 seaweed farms were profitable, so it was initially a hard sell to get people interested. ‘I think their guarantee to buy from partner farms are critical, especially for new farmers who are learning as they go,’ said Sebastian Belle, executive director of the Maine Aquaculture Association. ‘By guaranteeing to buy the product, Atlantic Sea Farms significantly reduces the risk to the farmer that they will invest time and money and then not be able to sell the product [. . .] I think it is pretty clear that well-run farms are profitable because more and more working waterfront families are getting into it,’ Belle said. ‘If it was not profitable they would not take the risk.'” 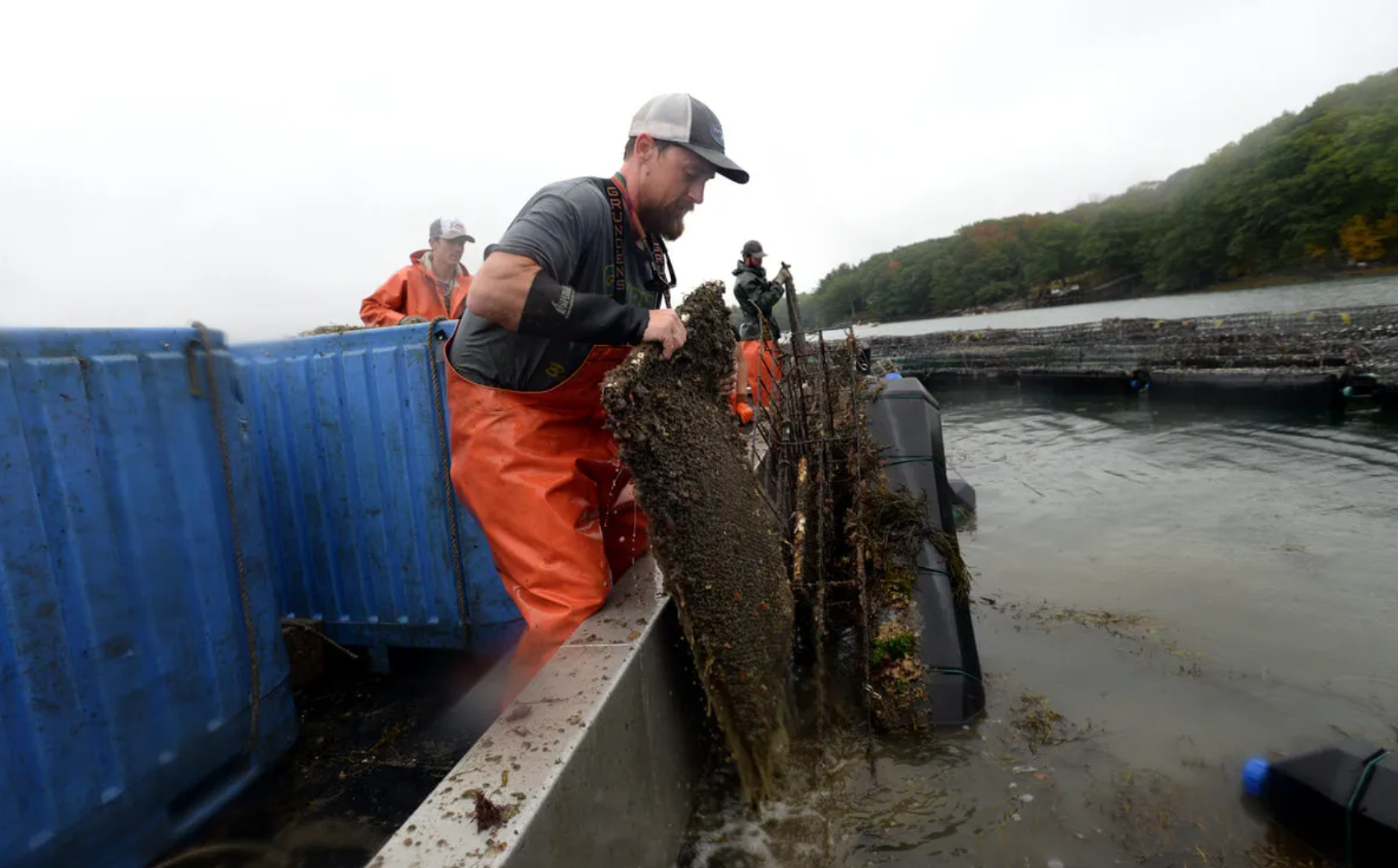 THE ENVIRONMENTALISTS AT THE HEART OF MAINE’S BOOMING OYSTER BUSINESS

Bangor Daily News, 9/29/22 – “The environmental changes have threatened the livelihoods of oyster farmers who depend on clean water. But in Maine, the farmers have fought back. They have come up with solutions to improve the marine environment, hired their own researchers to understand what is happening, shifted to using renewable energy and limited their use of plastics, and turned to policy work at the state and regional level to build climate resilience. Their efforts appear to be paying off. In 2021 the state’s oyster harvest was the largest in history, growing by more than 50 percent over the previous year, according to the Maine Department of Marine Resources. The oyster business was also the most valuable it has ever been at more than $10 million, making it the fourth-most valuable marine resource in Maine.” 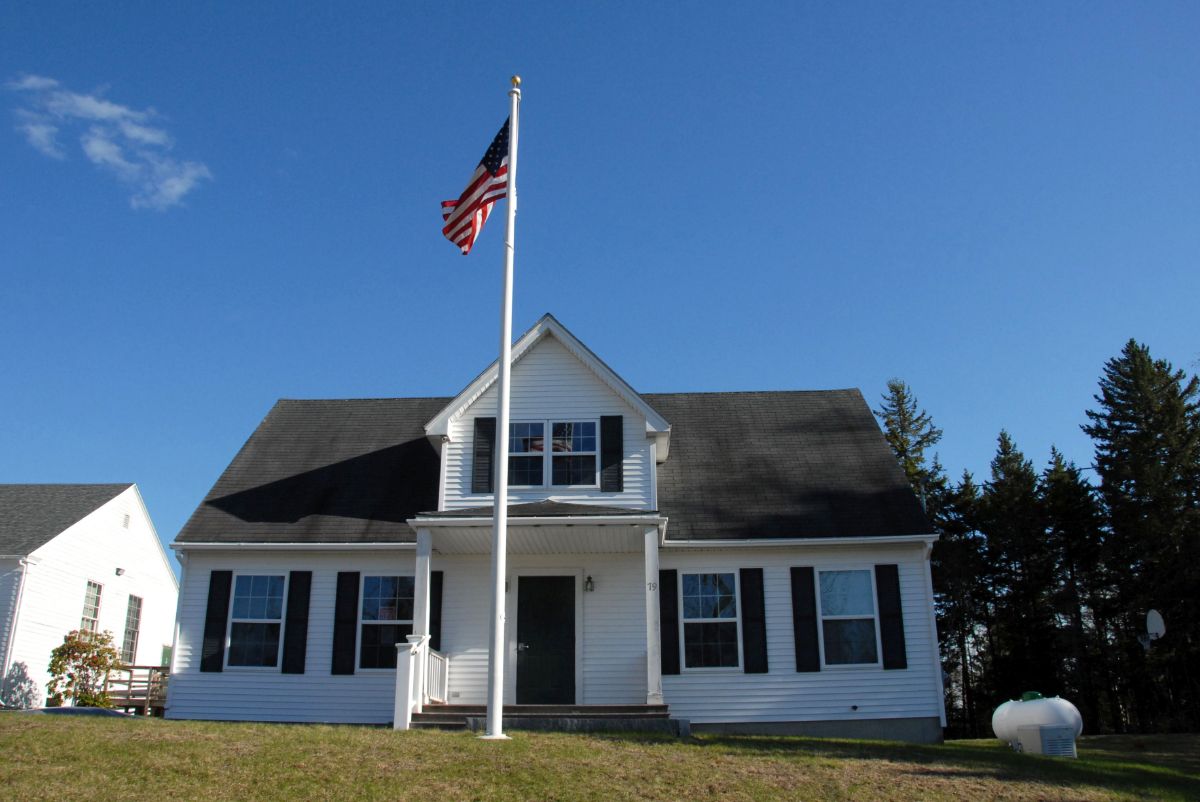